Once arrived and probably depending on the information artists acquired from contacts from home, they started out visiting the sites they were familiar with in their minds, thanks to the stories they had read or heard about. In the first half of the nineteenth century they would visit the Palais Royal [5] to dine in the famous Café des Mille Colonnes, which was situated on the ground floor of the palace. By 1871, however, the main attractions of the Palais Royal had moved to the boulevards where the cafés and the people passing made a lasting impression.

An interesting phenomenon can be found in the way the city of Paris influenced the manner in which an artist made use of his surroundings. When a visitor first arrived in Paris the city seemed quite small. The life of the artist evolved around the area where he took residence and the places of interest his contacts had recommended or the guide book had described. Once settled and meeting new people his living space grew exponentially. Artists such as Johan Barthold Jongkind and Vincent van Gogh knew their way around the city within months [6]. They made friends in the French art scene and gradually changed their painterly styles and started thinking differently about art. How the Dutch came into contact with these Parisian art circles differed: Jongkind lived in the same building as Théodore Rousseau and was a pupil of Eugène Isabey. Theo van Gogh introduced his brother to many of his artist contacts he had met working as an art dealer for Boussod, Valadon et cie.

On the other hand, some artists travelling to Paris seemed – at first glance – to be untouched by anything they saw or learnt [7]. George Hendrik Breitner arrived in Paris in 1884 with the intention of learning the craft of being an artist. He had already studied at the Academy in The Hague for several years but was still insecure about his métier. In Paris he studied at Fernand Cormon’s studio for a month and then rented his own workspace near Montmartre. Although not many sources on his stay in Paris are known, it seems he did not speak to many people besides Theo van Gogh and the Dutch art dealer Elbert Jan van Wisselingh. 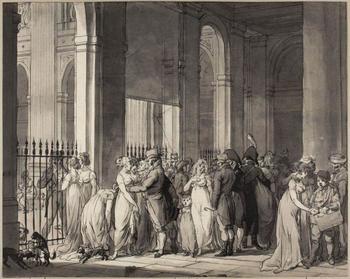 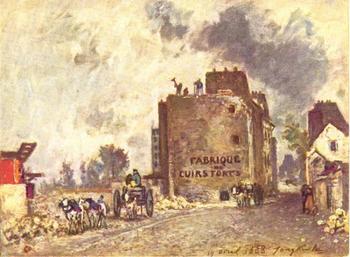 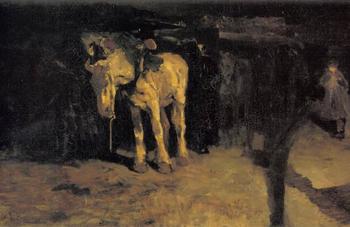